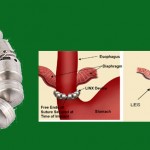 This page is being provided to help those who are looking for documentation to support insurance coverage for the LINX magnetic augmentation device. If you are pursuing an appeal of a denial of coverage because your insurance considers it experimental or investigational, these resources may be of assistance. We assume you know about Torax’s site linxforlife.com

If you have had success with appeals or just approval and would like to provide documentation for others, we welcome this.
Successful approvals or appeals should include the company, dates, and plan information (or a link to it) so that others may match to their situation. However, any information that is provided will be redacted to anonymize any personal information. Contact linx@chena.org if you would like to contribute to this community or if you have questions.

We offer no medical advice or any guarantees, just a chance for patients to take control of and advocate for their own health needs.

As of 2018, there has been continued success in getting insurance approvals though it often takes an external appeal. It seems like it will get harder for health plans to refuse this, partly because of the confirming efficacy and safety studies now completed and the continuing demonstrated impacts of the proton pump inhibitor drugs, from bone fractures, kidney damage, dementia and more.

You can find most of the studies on line, or at least the abstracts. I’ve noted the recent studies.

Because the FDA approved the LINX as being safe and efficacious, federal health care programs such as Medicare and Medicaid accept this body’s ruling. Medicare-Medicaid-LINX Coding and Billing Guide 2014 implemented Jan. 1, 2014.

The State of Michigan has a number of public appeals on record. As of Feb. 2014, they all seem to be successful in overturning the insurance companies’ denials. In general, there are inconsistent results with external reviewers, a real crap shoot and that’s not right. One industry insider told me he thought it was criminal.

One LINX recipient told me about an informal appeal that was granted. The story goes is that the insurance representative called the patient a couple days after the patient had put in for pre-authorization. He told her it was denied because it was experimental-investigational. The patient told he was an idiot, indicating it had been approved by the FDA and referred him to toraxmedical.com. A few days later, he called back and it was approved. Not the normal bureaucratic extended process.

I do have a handful of pre-authorization approvals that didn’t have to go through the appeals process. Let us know if you would like copies for your own case.

More info as I get it.