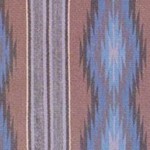 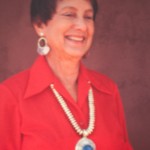 Theda died in July of 2014. You can see her obituary here.

Theda’s appreciation of contemporary southwest Indian art is best demonstrated by her books on this very subject. A love of the art forms and the people have led to a lifetime of experiences compressed into thirty-some years.

While Theda had a solid appreciations of Classical, particularly chamber music of Beethoven, Mozart, Hayden, and such, she also had a non-exclusive love of folk music for the consciousness it raised in the 1950s and 1960s. It was best epitomized for her by singer-songwriter-activist Pete Seeger.

She had a large record collection shrunk into CDs, one rare acceptance of the benefits and convenience of technology. Previous efforts of her family to dub all her LPs onto cassette tapes were short lived.

Her love of the out-of-doors led to summer and winter vacations in the Sierra Nevada, in particular Yosemite National Park and other western National Parks and Monuments. The Eastern Slope of the Sierra remains spectacular, exemplified by the Mammoth area. It was said that no dirt road was safe from being traveled on. Her kids grew to love the out-of-doors so much they moved to Alaska where her son still llives. It did give them all appreciation for the environment. Theda considered herself an environmentalist.

She admired Edward Abbey and would have happily blown up Glen Canyon Dam, at least metaphorically, having explored the beautiful canyons before they were flooded. Preservation of Mono Lake has become a special cause for Theda. And John Muir remains a cherished example of what man could do for nature. Theda’s wish was for her ashes to be spread in a favorite place in the Sierra where she could be hiking with John Muir.

The contrast with living daily in an urban environment finally got Theda and her husband Mike Bassman out of Los Angeles and into the California desert. Despite moving to a sleepy town of 8,000, it transitioned into a shopping paradise to millions, as “civilization” followed them. In 2000, they moved to the west side of Mt. San Jacinto to the artistic community of Idyllwild, where they maintained their professional and social involvement with the Southwest Indian artists and with their other cultural interests.

For further information about Theda, you can contact her family via email: thedabassman@gmail.com