Alaskans have yet to hear from our governor.  It may be she has been captured and is being held for ransom.  Any spare Permanent Fund dividends or Resource Rebates?

Seriously, doesn’t it seem reasonable that she communicate with those she has constitutional authority and responsibility to serve?

If/when she does, I bet she tells us this will raise Alaska’s profile and she’ll be able to get the Arctic National Wildlife Refuge open to drilling for oil.  What I am more interested in if she realizes what her profile is like at this juncture:  focusing on her past gaffes, invoking Hillary at every turn, her Right-to-Life evangelical and pro-War postures and her good looks.   She might be a strong person, but has never been subjected to the national attention she is and will be getting. 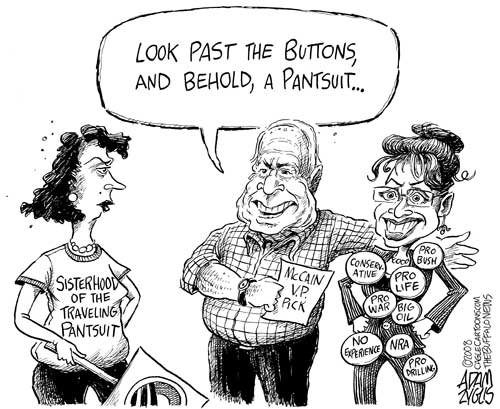 I think she’s appearing to be a pawn in the McCain game and WAY over her head.   She may rise to the occasion or will immolate with the pressure.  She also risks damaging Alaska’s interest and what reputation we have for independence, as she ties herself to the McCain express train heading into the tunnel.   Is that light another train? 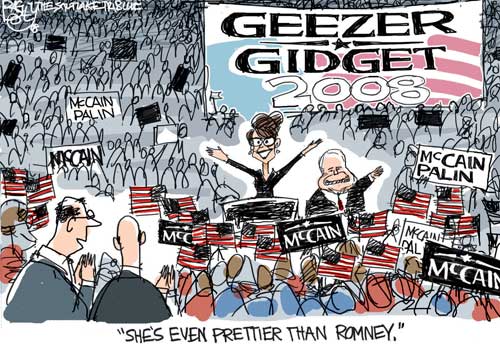 Some Alaskans think she will attract more Alaskan Republican votes to the polls in November.  But will Alaskans be sympathetic to abandonment of her job as governor after less than two years on the job to take care of John McCain?  It’s like some kind of joke. 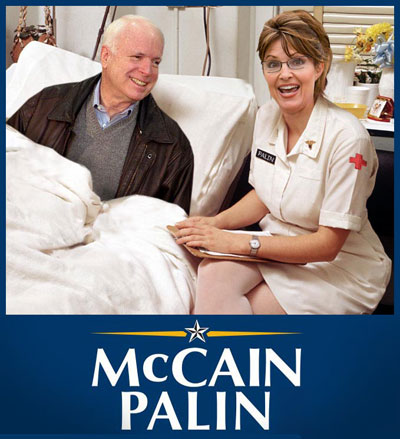